Emergency services are currently on scene in Kingsbridge after "multiple explosions underground".

FINAL UPDATE: A spokesperson for Devon and Somerset Fire and Rescue service said: "It was a low voltage cable fault. It was interesting and we needed to be cautious, but thankfully the risk turned out to be low. The concern was the gas main, but that was checked and was absolutely fine."

The road was still closed this afternoon, Friday January 23.

Exclusive pictures from the scene: 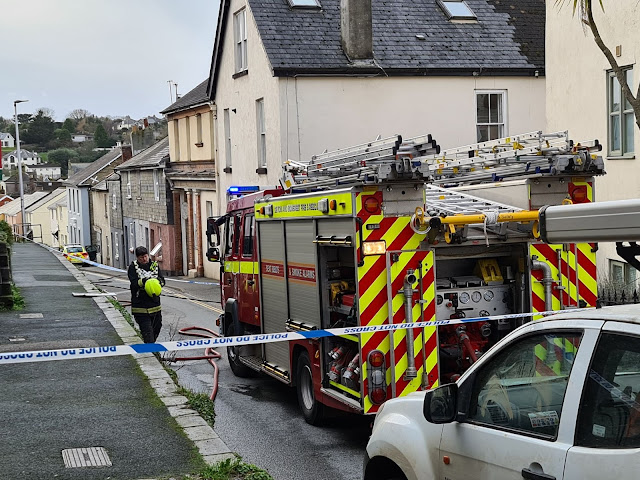 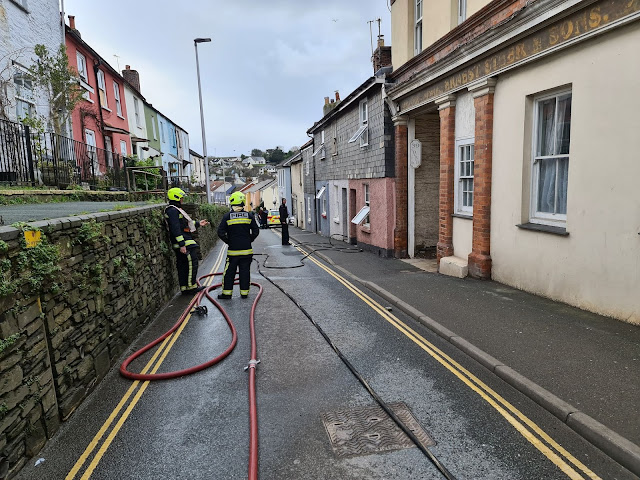 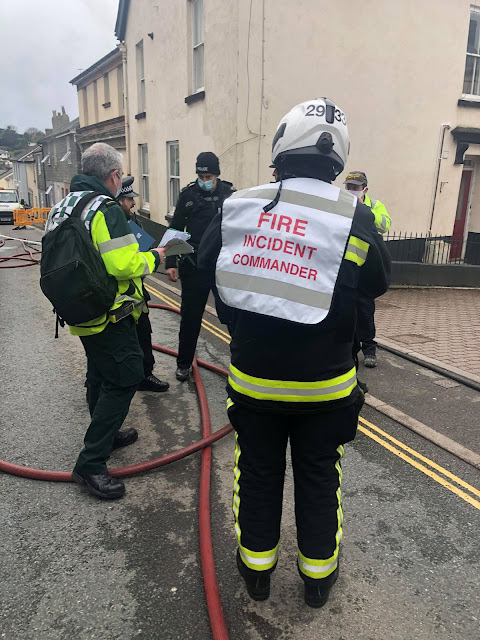 Update from Kingsbridge Police at 16.45: "Although Church Street remains closed, all residents can now return to their homes. Thank you to everyone for their patience, and massive thanks to all the staff at the Food Bank for their help."

Update from Kingsbridge Police at 16.35: "Early indications suggest that today's incident was caused by a low voltage power cable. Western Power are working hard to fix the issue and we hope that everyone will be able to return home this evening. Church Street remains closed to enable the works to be carried out. (Shall we see if they'll sort the road outside the Laundrette whilst they're at it?)

"The gentleman who was reported as being injured was not taken to hospital but taken to a relative's house after suffering the effects of carbon monoxide."

The situation has been declared a "major incident" and numerous households have been evacuated.

Jess Ryan, who lives with her mother just adjacent to where the explosions happened, said: "I heard the rumbling, it was low and sporadic at first and we couldn’t work out where it was coming from.

"It got more frequent and Mum went to the door. She saw the smoke and when I joined her there was an acrid burning smell."

Jess, her mum and her dog have been evacuated and currently waiting for news in her car, parked on Duncombe Street.

"The incident has been declared a 'Major Incident' and numerous partner agencies are on scene. Some residents have been evacuated as a safety precaution and a Reception centre has been established to temporarily 'house' these families, in a Covid-secure environment.

"At this time we are not aware of any serious injuries but one man has been taken to hospital.

"Roads are closed around the town centre and we ask you to avoid the area unless absolutely necessary. Please avoid attending shops etc in Kingsbridge and stay at home.

"We will keep you all updated throughout the day."

A spokesperson for Western Power Distribution said: "There is an underground cable fault which we are currently working to rectify which is affecting around 100 customers.

"We’re not sure what caused it at the moment but we are on site as we speak and hope to have it fixed as soon as possible."