Showing posts from February, 2021
Show All

Horse wedged against a wall rescued by fire fighters

Fire crews from Dartmouth and Plymouth have rescued a horse that was wedged against a concrete wall in Stoke Fleming.  Belle being comforted by her owner after falling through a fence and getting wedged against the wall - credit Dartmouth Fire Station Devon and Somerset Fire and Rescue Service was called to Pleasent Valley Farm, Stoke Fleming, just after 7.30am this morning, Wednesday, 24 February, after a horse fell through a fence and was wedged upside down between a concrete wall and a bank.  While the owner was keeping the horse, Belle, calm, the fire crews called in the USAR (Urban Search and Rescue) team who have heavy lifting equipment. The area was made safe for crews to work as "large animals can do things in a split second which may injure somebody" and Belle was the sedated by a vet.  Fire crews working hard to get Belle out safely - credit Dartmouth Fire Station A spokesperson for DSFRS said: "Because of the stress and the time it would take to get the teleha
4 comments
Read more

In moves designed to encourage people in the South Hams to recycle as much as possible, SHDC is gearing up to the launch of their 'Super Recycler Service'.  Delivery of new containers - credit SHDC Today, Monday, 22 February, South Hams District Council is launching its 'Ready-Set-Go campaign', to ensure that everyone is ready and set for the launch of the new Super Recycler service. A spokesperson for SHDC said: "Many local residents are already great recyclers, and South Hams currently recycles more than the English average.  Now, the council has made a commitment to do everything it can to help residents recycle even more." In 2019 the Council declared a Climate Change and Biodiversity Emergency, showing its "commitment to the Devon-wide plan of being zero carbon by 2030". Under the new service residents will have a weekly recycling collection and, for the first time ever, will be able to put glass and plastic pots, tubs and trays out for recyclin
2 comments
Read more

A local environmental engineering company worked into the early hours to protect the road at Slapton Line as high winds and tides threatened to undermine it.  Landmarc working late into the night to protect Slapton Line - credit Cllr Julian Brazil Landmarc Environmental Engineering were called to inspect the middle car park on the line by South Hams District Council on Monday but they decided to check on it on Saturday and while they were doing that they spotted a gap between the road and the rock armour protecting it.  Marcus Evans, owner of Landmarc, said: "We're currently working at Beesands and we know how reactive that bit of coastline is.  "While we were driving back along the road, about 500m from Torcross, I saw that the protection had been eaten away to within two foot of the road. I called SHDC and told them they might lose the road tonight." I told them they might lose the road tonight But roads are under the umbrella of Devon County Council, not SHDC, so
1 comment
Read more 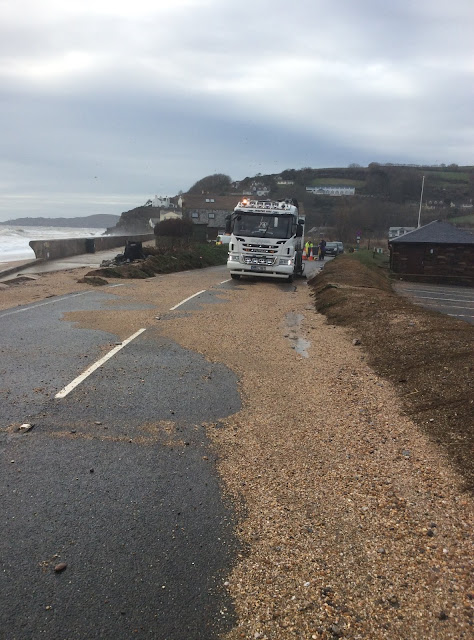 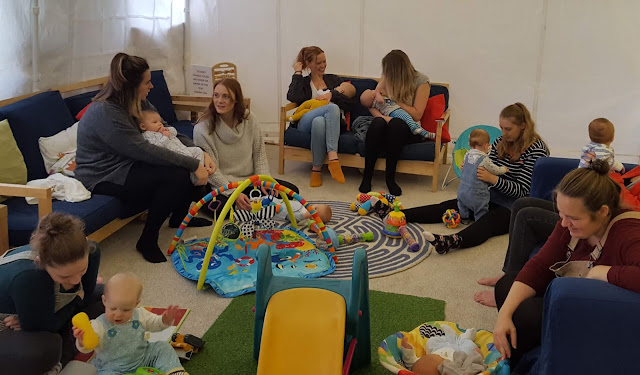 Becoming a new parent is a terrifying, rewarding, baffling, heart-swelling, all-encompassing experience and the pandemic has heaped on more and more pressure.  Kingsbridge Nurslings group (pre-Covid) at the Family Church in Kingsbridge But there is a local group out there that are committed to supporting new mums in a non-judgemental space where you can draw on the combined knowledge of other women who have been there and done that.  Nurslings used to run in-person baby and toddler groups (remember people being in the same room as each other?) and since lockdown they have moved online with video calls and 1-2-1 support sessions.  Steph Pope, one of the breastfeeding peer-supporters in the Kingsbridge branch of Nurslings (there are also branches in Totnes and Dartmouth) explained: "We provide evidence based information and resources regarding breastfeeding, chestfeeding, combi-feeding and normal infant behaviour plus signposting where necessary - from friendly, non-judgemental fell
3 comments
Read more 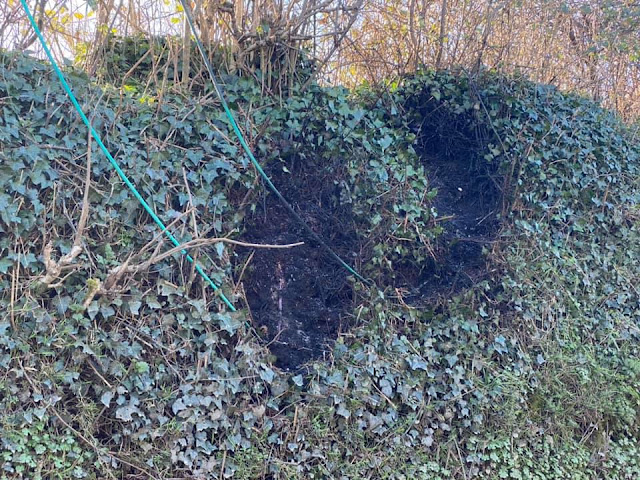 Kingsbridge and Salcombe fire crews were mobilised this morning to a hedge on fire on the Bantham road.  The scorched hedge - credit Devon and Somerset Fire and Rescue Service When they arrived on scene, close to the Bantham roundabout, they found a "small fire" in the hedge, caused by "fallen 11,000 volt overhead electrical cables".   The road was closed and livestock removed from nearby while Western Power Distribution isolated the power to the cables. The crew are currently remaining on scene "until power has been isolated and the fire can be fully extinguished".
2 comments
Read more

WATCH: Another piece of ordnance is detonated 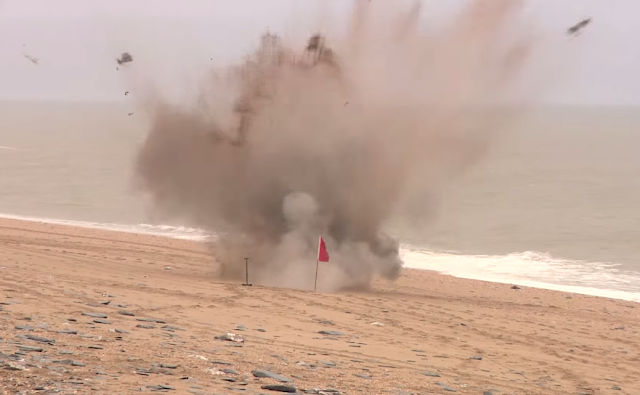 Three more pieces of Second World War ordnance was found yesterday, making a total of eight in the last fortnight.  The explosion - credit Peter Trembath Prawle Point Coast and Rescue Team was called to suspected unexploded ordnance at Slapton yesterday, Tuesday February 2, which turned out to be a large metal ring and nothing dangerous, but when they were conducting a quick search of the area, they found two more possible historic explosives.  The Royal Navy Explosive Ordnance Disposal detonated the two items at Slapton this morning.  Then another piece of ordnance was found on Beesands, which was also blown up by the Royal Navy. Peter Trembath got some brilliant footage of the work by the Royal Navy and the Coast and Rescue Team, watch it below... Footage of HM Coastguard and the Royal Navy dealing with historic ordnance on Beesands beach A spokesperson for the Coastguard said that depending on the winds, more ordnance might be uncovered in the coming days and weeks. They said: "
Post a Comment
Read more 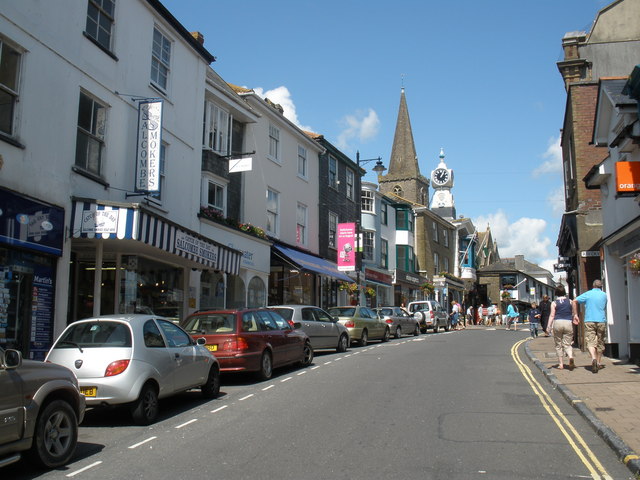 Police are investigating after a man in his 20s was allegedly assaulted by a small group of men with weapons in Kingsbridge.  Kingsbridge - credit Roger Cornfood The alleged assault occurred on Thursday, January 28, on Fore Street in Kingsbridge.  Kingsbridge Police took to social media today, Wednesday, February 3, after posts on a local social media page warned "parents with teenagers" to be vigilant as "two or three young men running around town threatening and robbing people at knife point".  Police said "this is not the case" and the alleged assault last week was an "isolated incident".  If anyone has any information about this incident then please get in touch with the police using 101 or emailing 101@dcpolice.co.uk or on the Kingsbridge Police Facebook page  quoting CR/07110/21.  - Sam Acourt, Editor *** We don't put any of our South Hams Journal content behind a paywall, so you can always find our news free of charge. So if you would
Post a Comment
Read more 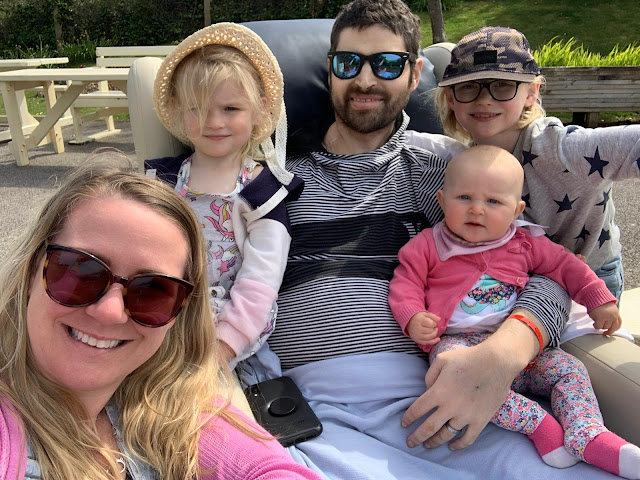 An effort to "honour and remember" a young father of three has turned into a fundraising machine that has raised nearly £16,000 for St Luke's Hospice.   Ginny, Aria, Russ, Effy and Indi French Russell French was just 37-years-old when he tragically lost his battle with cancer in 2020.  He lived in Loddiswell with his wife Ginny and their three daughters Effy, 9, Aria, 4, and Indi, 1. A video put together by Rob Davey about Russell, the Run4Russ team and their fundraising efforts He should have been turning 38 on January 22nd this year, and this gave Ginny's sister Abi Edmonds and her fiance Rob Davey an idea - run 38 miles in January and try and raise a little bit of money for St Luke's Hospice at the same time. At the time of publication, they have raised £15,811.  "It started with wanting to do something active for Russ", explained Rob, "but we realised that since Covid was happening when Russ died, there were a lot of people out there who didn
Post a Comment
Read more

Oil spill is brought under control 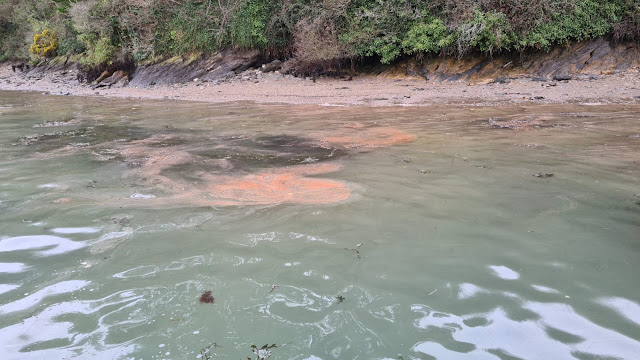 An oil spill from a fishing boat has been brought under control in Salcombe.  The oil spill in Salcombe- credit SHDC  A statement released by South Hams District Council said: "T he Salcombe Harbour Team has quickly brought an oil spill, from a fishing boat under control, in the early hours of Tuesday 2 February. "The Harbour Team were alerted to a pollution incident at Batson Fish Quay and quickly activated their Oil Spill Contingency Plan after finding a quantity of red diesel in the water. Tier 1 booms were deployed around the vessel to make sure the spill was quickly contained and to stop oil spreading to sensitive estuary areas. "Although there is an oily sheen over the water, there is little sign of pollution on the shoreline with the small exception of an area of diesel against the western shore of Snapes Point. The Harbour Team are keen to reassure residents that a sheen is expected to remain on the water and will be broken down through natural degradation."
1 comment
Read more
More posts