Kids are looking forward to going back to school, parents trust the staff

Children across the South Hams start going back to school this week after almost six months, we spoke to local parents about how they're feeling about it. 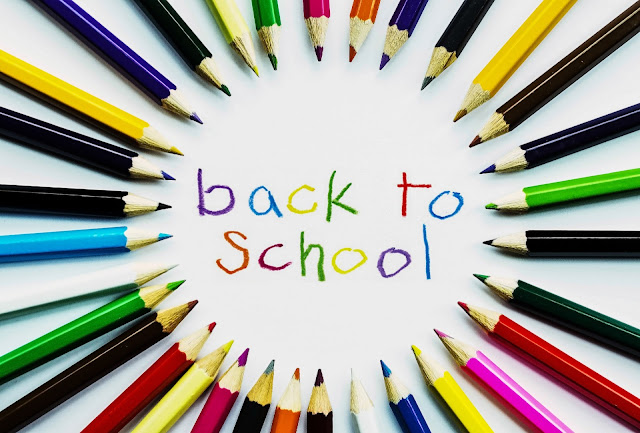 Most of the parents I have spoken to say their children are really looking forward to getting back to school and seeing their friends.

Bex Trembath, Kingsbridge, said: "My kids are excited about having someone that can actually teach them, not my bodge job, and seeing their friends. At their age, six months is a long time not being able to socialise with their friends."

At their age, six months is a long time not being able to socialise with their friends

Jenni Dos, Kingsbridge, said: "My eldest is desperate to get back to school. Apparently I don't know anything about superheroes like his pals do. He went back in June as soon as he could as he heard 'reception classes will be one of the first year groups to return' on a briefing and loved it.

"His sister also needs him to go back to school, she needs more one to one time and activities for her, not adapted to include her."

Jenni did point out something I hadn't thought of before - the cold and flu season. She said: "I'm slightly worried about what will happen when kids start getting seasonal coughs and colds and isolation/leave from work/absence from school, as my eldest is one of those kids that develops a cough in October and keeps it until March."

what will happen when kids start getting seasonal coughs and colds?

Jo Müller, South Huish, said: "I am looking forward to the routine and structure and I feel like my kids really need some education and socialisation, but I am worried that it is just going to be so different for them, having to sit in their classrooms all day, even to eat lunch, not to be able to socialise - [my youngest] used to really rely on and look forward to seeing [her sister] at lunch time and will find it hard to be kept away from her, especially as they have become inseparable during lockdown.

"I just don't want them to made to feel really nervous to be around people or of illness as we have been pretty chilled in our house about it all. I personally think that there is going to be another lockdown pretty soon so all this money I've spent on new school clothes is going to be a complete waste!"

Some parents, like Ashleigh Roberts, West Alvington, think they would feel differently if they lives in another part of the country. She said: "The kids are in their own bubbles and not social distancing from each other. So it isn't too different but they get lots of out door time which is a plus.

"I'm not worried because mine were at school before the summer anyway and there has been so few cases here. I may feel different if I was in the middle of London though."

When I asked if they were worried about their children returning, most were confident in the procedures put in place by the teachers and staff to keep them safe.

Bex added: "They went [to school] a bit in lockdown due to my job. And they had so much fun and it was well organised. I know they will be perfectly fine and happy."

Kim Roberts, Kingsbridge, said: "[My kids] were back for the last few weeks of term in June. Couldn't fault the staff and school, he had a great time. Normality needs to return as much as possible and I feel confident the school are doing everything they can to keep the kids safe. Homeschooling is not for me!"

Emily Prowse, Kingsbridge, said: "We are looking forward to having routine back! [My daughter] can't wait to see her friends but has told me she's going to miss her sister (born in lockdown). I think the school have done everything possible to keep them safe but obviously the mixing is always going to be a risk.

"Although the classes are in their own bubbles at least half have siblings who are then mixing with other bubbles and going home and mixing together 🤷 my other worry is, with winter germs on the way with symptoms the same as Covid, I feel like we will spend most of winter with colds and being tested for Covid just in case."

Gemma Edmonds reflected what quite a lot of parents are feeling, spread too thinly. She said: "Trying to parent, work full time and teach just hasn’t worked, all three areas have suffered. My children will benefit from the stimulation seeing their friends, the routine as well as having a better home life without the ‘mummy is on a video call, please be quiet’. The school have taken reasonable precautions, it is a measured risk."

The school have taken reasonable precautions, it is a measured risk

Different family structures have also been affected by the lockdown and lack of school differently. Lisa Parrott, said: "[My son] needs to go back. With being an only child and me a single parent, he needs the socialisation with other kids his age. I've also been working full time from home throughout all this and he's had to be fairly self sufficient.

From the teenager point of view, Tilly Amber said: "[My son] is looking forward to seeing his friends and teachers at KCC. I think it's been hard on the teenagers. They are at an age where social interaction is paramount for their well-being and mental growth. Although he has been able to 'mingle' with others and get a summer job to keep him busy, not seeing his friends for a long time has been difficult for him.

"He is about to start year 10 and embark on his GCSE years. He is very aware of how the pandemic has affected his friends getting their grades this year, and with this he talks a lot about the pressure of doing well in his mocks and coursework in case it happens again. I am eager to make sure it doesn't effect his mental health in any way.

"What I have seen in all of the teens, is their natural ability to live with the uncertainty in the world and deal with the anxiety around something that has transformed society. I don't think this is due to nonchalance. Lots of major things have happened in 2020. I've spent time with a few over the holidays and they are all talking together about the state of the world right now, from Black Lives Matter, to the effects of the world post lockdown and the climate.

"I truly believe it is because they are strong, grounded individuals that do not fear change. I feel quite at ease knowing they are going to be our next generation."

I truly believe it is because they are strong, grounded individuals that do not fear change

We contacted all the local schools, but they have not responded at the time of going to press. Which is understandable since they're preparing to return.

We wish all pupils and parents a safe and exciting return to school.

Horse wedged against a wall rescued by fire fighters

Fire crews from Dartmouth and Plymouth have rescued a horse that was wedged against a concrete wall in Stoke Fleming.  Belle being comforted by her owner after falling through a fence and getting wedged against the wall - credit Dartmouth Fire Station Devon and Somerset Fire and Rescue Service was called to Pleasent Valley Farm, Stoke Fleming, just after 7.30am this morning, Wednesday, 24 February, after a horse fell through a fence and was wedged upside down between a concrete wall and a bank.  While the owner was keeping the horse, Belle, calm, the fire crews called in the USAR (Urban Search and Rescue) team who have heavy lifting equipment. The area was made safe for crews to work as "large animals can do things in a split second which may injure somebody" and Belle was the sedated by a vet.  Fire crews working hard to get Belle out safely - credit Dartmouth Fire Station A spokesperson for DSFRS said: "Because of the stress and the time it would take to get the teleha
Read more

In moves designed to encourage people in the South Hams to recycle as much as possible, SHDC is gearing up to the launch of their 'Super Recycler Service'.  Delivery of new containers - credit SHDC Today, Monday, 22 February, South Hams District Council is launching its 'Ready-Set-Go campaign', to ensure that everyone is ready and set for the launch of the new Super Recycler service. A spokesperson for SHDC said: "Many local residents are already great recyclers, and South Hams currently recycles more than the English average.  Now, the council has made a commitment to do everything it can to help residents recycle even more." In 2019 the Council declared a Climate Change and Biodiversity Emergency, showing its "commitment to the Devon-wide plan of being zero carbon by 2030". Under the new service residents will have a weekly recycling collection and, for the first time ever, will be able to put glass and plastic pots, tubs and trays out for recyclin
Read more